18. The Changing 'Joys of Motherhood'

The Joys of Motherhood is a story set in Lagos, Nigeria, between the 1930s and the period leading up to independence in the 60s. It recounts the metamorphosis of the joys attached to motherhood from the traditional period to the period of colonisation. Before the European influence leading to western-type of education, the joys of a mother is to have many children and many sons who would look after her at old age when her bones would no longer permit her to farm. Children were prized possessions and the choice between seeking wealth and raising children were mutually exclusive events. It was common to be poor in wealth but rich in children and any woman who had such was considered with high esteem, whereas any woman who is unable to conceive is treated with discontent and faces rejection by her husband; same as a woman who bear only daughters. However, this changed with the European influence, when children must go to school and work and possibly live far away from their parents, having nothing to do with farming.

Nnu Ego began as a barren woman and after her divorce and her subsequent marriage to Nnaife, she began to bear children, sons and daughters. So involved was she with her children's upbringing and the sons' education that she neglected all other social interactions with her age-groups, such that in middle age she was left with no friend, becoming lonely. Besides, her children, being brilliant sought education both in Nigeria and abroad. The latter meant that her children were not with her at old-age, especially her sons. This caused her great pains leading to a change in her constitution such that at Ibuza, her hometown about four days away from Lagos, people considered her a mad woman. 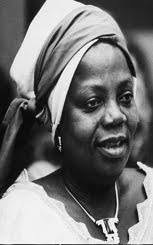 Emecheta's story, though set in the 1930s, still has relevance in our present society. Should we allow  traditions to change? Should we go with the flow? Or should we resist change? Nnu Ego resisted change and she was overwhelmed by the consequences, however, her junior wife, Adaku, saw the changes that is creeping into the system, took advantage of it and succeeded; even Nnu Ego's daughter, Kehinde, rejected the husband her father had looked for for her. All these led to the cracks in the traditional family and finally its breakdown.

The story is a classic and it is no wonder that it was voted into Africa's Top 100 Books of the 20th Century. Buchi Emecheta wrote it as it should be. It is a very interesting story that needs to be read. One can learn a lot from this novel.

This is a highly recommended book and has been used by various students of literature, hence I can't over-recommend it. If you want to know the set up of the Nigerian family home or even the West African family home, get a copy of Emecheta's The Joys of Motherhood.

PS: This novel together with The Trial by Franz Kafka are on a list of 100 books I am preparing. I intend to read these novels over a period of say 5 years. I would post this list when it is finished. I would not blog Kafka's novel.
Author: Buchi Emecheta Author's Country: Nigeria Novel Rating: 5.5 Review Year of Publication: 1971-1980