Showing posts from February, 2014
Show All

#Quotes from Wilkie Collins' The Woman in White

Our words are giants when they do us an injury, and dwarfs when they do us a service. [52] Her nature, too truthful to deceive others, was too noble to deceive itself. [54] Who cares for his causes of complaint? Are you to break your heart to set his mind at ease? No man under heaven deserves these sacrifices from us women. Men! They are the enemies of our innocence and our peace - they drag us away from our parents' love and our sisters' friendship - they take us body and soul to themselves, and fasten our helpless lives to theirs as they chain up a dog to his kennel. And what does the best of them give us in return? [159] Where is the woman who has ever really torn form her heart the image that has been once fixed in it by a true love? Books tell us that such unearthly creatures have existed - but what does our own experience say in answer to books? [188] Crime is in this country what crime is in other countries - a good friend to a man and to those about him
Post a Comment
Read more

Chuma Nwokolo's Reading at the International House (with Pictures) 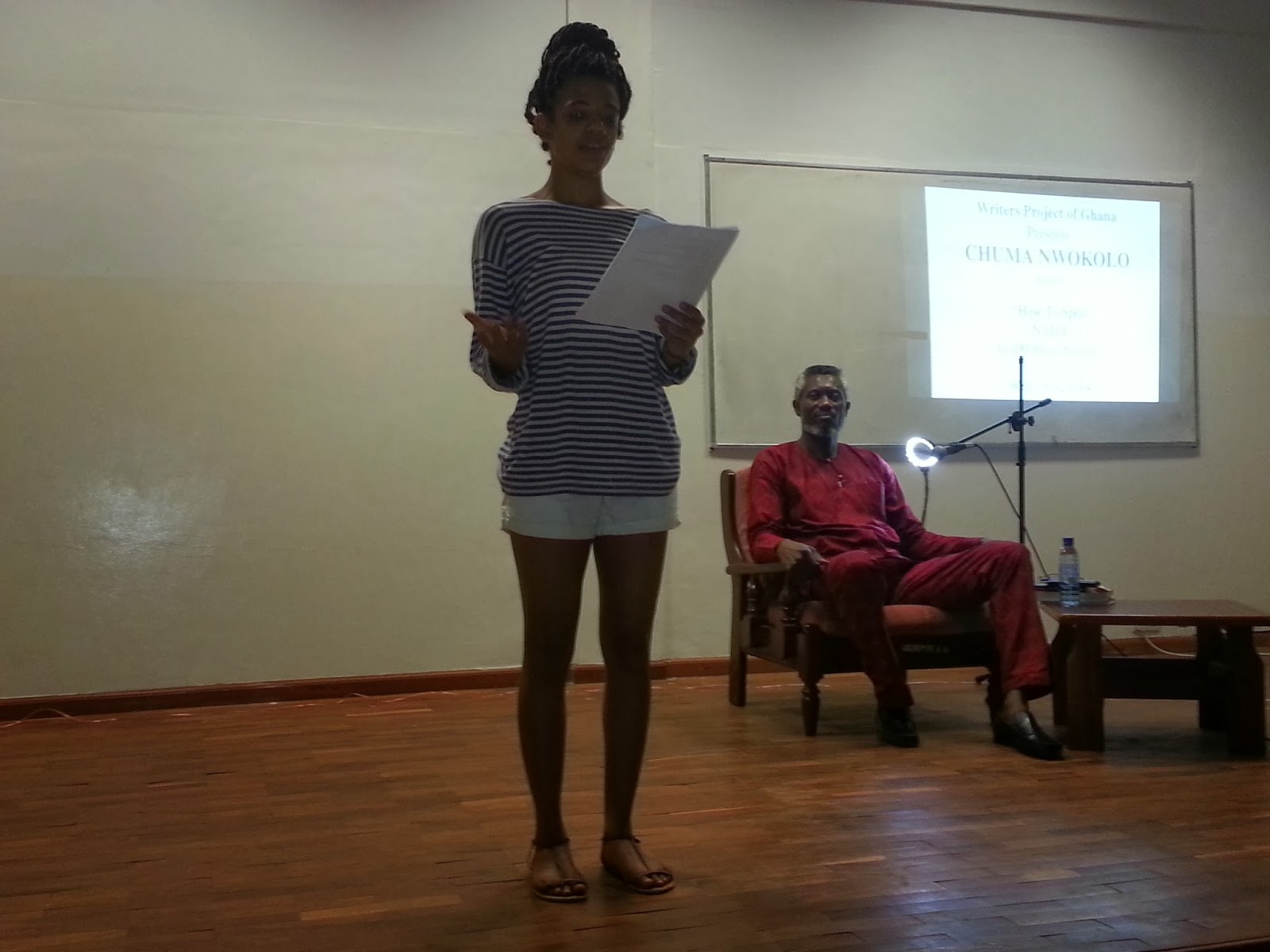 Last week Wednesday (February 19), the Writers Project of Ghana organised a special book reading for Chuma Nwokolo at the International House of the University of Ghana. It was special because this reading was outside the monthly book reading WPG organises with the Goethe Institute. The Reading: One thing every reader needs is a good reading voice and an ability to capture and control the audience. And Chuma has both. He has a way of controlling and bending the audience to his (could this be the result of his training and practice as a lawyer? Possibly! The room vacillated between quiescence and laughter. There was never a point of boredom. Anyone who could be bored by Chuma's reading is more likely to be suffering from irreversible depression. Chuma read from four books: the poetry anthology,  Memories of Stone ; the 'novel',  Diaries of a Dead African ; the collection of short stories,  The Ghost of Sani Abacha ; and his latest short story collection,  How to Spell
2 comments
Read more

283. The Satanic Verses by Salman Rushdie 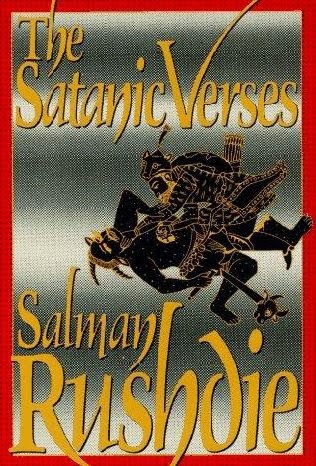 The Satanic Verses  (Viking, 1988; 547) by Salman Rushdie has been one of the most controversial books ever written. On February 14, 1989 a fatwa was declared on its author by the late Ayatollah Ruholla Khoneini. All across the world there were news of book burning and banning, and demonstrations against the author and his works, including some liberals who thought Rushdie overstretched the limits of free speech in his book. Even as the book celebrates its 26 years of publication and the author 25 years of the invocation of the fatwa, emotions have not yet completely fizzled out . In fact, the author had to live incognito and had to move about with bodyguards paid for by some governments. He lived under the assumed name of Joseph Anton - from Joseph Conrad and Anton Chekhov - which became the title of his memoir. The Story:  At over 500 pages, this is no small book and if one read the hardcover with the thick leaves one would feel the physical torment of this book. However, thi
Post a Comment
Read more

POETRY: Perfect are all Things Made

February 18, 2014
It has been a long time since I posted my own poem on my blog. I think it's over two years since my last post. I wrote this a very long time ago, more than a decade and half. Let me know what you think. Perfect are all things made Man made perfect in His image Creation in perfection portrayed The sun to shine in the morn The moon to wax in the even As day through dawn is reborn To order do all things respond The stars in the sky, the seas too The life we live, the world beyond A world of famine, a world of fear A brother so dear, another to fear Each in the universe a part plays In that mystical equation Of Divine Proportions and Geometric Models
Post a Comment
Read more 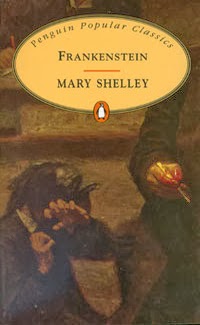 Mary Shelley's Frankenstein (FP: 1818; Penguin Classics, 215) was the last book I read in 2013. The story is about one man's unbridled passion to acquire knowledge forsaking all other aspects of life, ending in his doom. Is it bad to forsake all else in the quest for knowledge? Is this not a fantastic quest for man to embark on? According to Mary, a false balance is an abomination to the Lord  [Proverbs 11:1a] and the unexamined life is not worth living for a human being  [Socrates]. Or that is what she implies in this Gothic creation of man's attempt at playing god gone wrong. In  Frankenstein , Mary describes the woes of a young Frankenstein who left home and his family and friends for school and there sought to investigate further and farther into the subjects of science and of creation to the exclusion of everything including his health. It was his single-idea to create a human being; yet, not being perfect, he could not perfect his creation and so produced a horre
Post a Comment
Read more 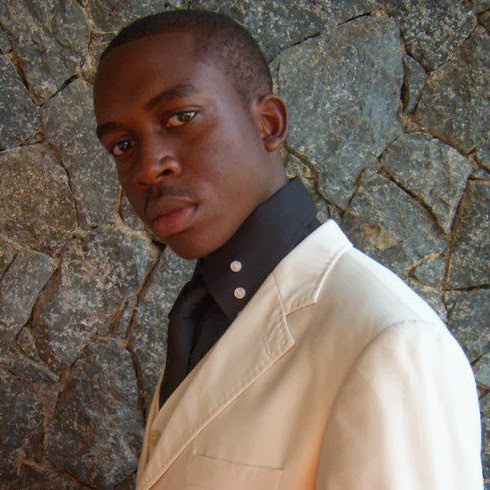 I started Readers' Top Ten as a  continue my Readers' Top Ten to introduce to readers of this blog the rich literature the continent has to offer and to move beyond the 'one-novel' representation of African literature. Submission was sporadic and so I have not been consistent with the posting. However, the session is still on and any who want to share could. Today, the Cameroonian reader and writer Nkiacha Atemnkeng shares his top 10 African books, per his reads*. About Nkiacha: Nkiacha Atemnkeng is a young Cameroonian writer. His work has been published in four literary online journals: Malawi Write , The New Black Magazine , Africa Book Club  and Munyori Literary Journal . He was shortlisted for the 2013 Mardibooks short story competition in London and was a finalist for the month of October 2013 at the Africa book club. His musings and book reviews can be found at writerphilic . A holder of a Curriculum Studies and Biology degree, he works as a Swissport Cust
3 comments
Read more 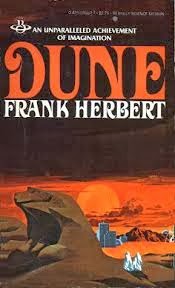 Dune  (Berkley Books, 1965; 537) by Frank Herbert is a great science fiction that merges religion with science so that the point where one ends and the other begins is lost. Though it is a science fiction, and there is a complete creation of planets, its ecology, language and more, it is not too rigour so as to disturb those with no affinity for that genre. The extent of Herbert's creation is comparable to J.R.R. Tolkien's creation of the Hobbit's tales - in most of his books especially the three-part Lord of the Rings. The story shows the development of a leader with absolute control over the people. Since this is just the first book of the trilogy, the eventual end of the leader is not known. In Dune  the extent to which man will go to destroy nature just to serve his excessive luxury, even if it is at the expense of his fellow beings, was, if anything, emphasised. But it also shows the patience of man to build what he has destroyed, not at separate time periods; destr
1 comment
Read more

January's Round UP, Projections for February

Just as all resolutions begin on a high-note at the beginning of the year, January has also been a good month for reading. Though it hardly portends how the rest of the year would turn out to be, and this January was no exception. With these books, I am fulfilling my 2014 reading projections : The Woman In White by Wilkie Collins . [569p] This was a selection by the Writers Project of Ghana's Book and Discussion Club for the month of February. It is a story full of suspense, of heart-wrenching escapades involving very naive and very wicked people. There is something beautiful about this book. At least those who have read it have praise the selection. The Satanic Verses by Salman Rushdie . [547p.] I decided to read this book last year, but I could not muster the necessary courage and mental fortitude to brace it. I had heard of the numerous characters (same as for Rushdie's Midnight's Children ). I read this basically because of the news  that surrounded it - its ban
2 comments
Read more
More posts