Showing posts from March, 2014
Show All

288. The Case of Wagner, Nietzsche Contra Wagner, and Selected Aphorisms by Friedrich Nietzsche 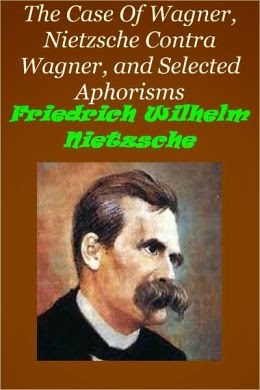 The Case of Wagner, Nietzsche Contra Wagner, and Selected Aphorisms by Friedrich  Wilhelm Nietzsche is a collection of two essays and a selection of aphorisms on the Nietzsche's views on the music of Wagner in particular and the problem of degeneracy and the dangers of accepting it as the main culture. I read this e-book only because I wanted to read something by Nietzsche not because I truly understand high-culture or Classical Music, to which Wagner's music belongs. Though I enjoy this music genre. Yet, I do agree with Nietzsche on the need to guard against the tendency of misconstruing degeneracy for the norm at any epoch. As has happened today. Reading this essay, I shivered to think of what the author's response would have been to today's compositions, if there are any. Especially since Wagner, whom he critiqued caustically, is considered a virtuoso today by all standards and for whom a whole festival was organised to mark his two hundredth year last year. How
Post a Comment
Read more

Quotes from The Case of Wagner, Nietzsche Contra Wagner, and Selected Aphorisms by Friedrich Nietzsche

The greatest event of my life took the form of a recovery . Wagner belongs only to my diseases.  All that is good is easy, everything divine runs with light feet. For, as a rule, artists are no better than the rest of the world, they are even worse - they misunderstand  love. Even Wagner misunderstood it. They imagine that they are selfless in it because they appear to be seeking the advantage of another creature often to their own disadvantage. But in return they want to possess  the other creature... Even God is no exception to this rule, he is very far from thinking "What does it matter to thee whether I love thee or not?" - He becomes terrible if he is not loved in return... [N]othing so easily makes a painful impression as when a great mind despoils itself of its wings and strives for virtuosity in something greatly inferior, while it renounces more lofty aims. People can actually kiss that which plunges them more quickly into the abyss. [T]he musici
Post a Comment
Read more 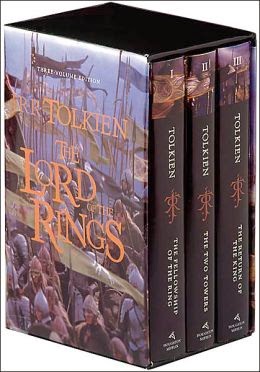 The Lord of the Rings , written between 1937 and 1949, was published in three volumes between 1954 and 1955. According to Tolkien it was not meant to be three separate books, however the size of the manuscript (original manuscript is estimated at 9,250 pages) dictated the form in which the publications would take. This is seen in the structure of each book, which many Harry Potter fans have used against it without realising that unlike the Potter series which was planned to be a seven-series book, the LOTR was not. Each Volume does not have a complete arch; it does not visibly rise and fall. This structure is however seen when all the three books are taken together. Though these books had been in circulation for over forty-six years, it was not until the movie production that the name of Frodo, Bilbo, Sauron, Gandalf, and Gollum became household names and Tolkien became a worldwide phenomenon. Today, only a handful of individuals could be absolutely ignorant about The Lord of th
Post a Comment
Read more

Ghana Blogging and Social Media Awards - Vote for Us

ImageNations - the blog and the blogger - has been nominated in two categories at the Ghana Blogging and Social Media Awards alongside some amazing bloggers and blogs. The categories are: Best Blog - freduagyeman.blogspot.com Best Male Blogger - Nana Fredua Agyeman In addition, the organisation I work for,  Writers Project of Ghana , has also been nominated in two categories: Best Twitter Profile -  @writerspg Organisation with Best Social Media Presence - Writers Project Ghana We will be glad if you could vote for us (WPG and this blog) in these four categories listed above. When you enter your email address and you will be served with a form listing all nominees. You will also need to confirm your email address by clicking on a link (addpoll.com) which will be sent into your inbox before your entry can be counted. Click here to vote Thanks for the nomination, for those who read this blog, and for your votes.
4 comments
Read more 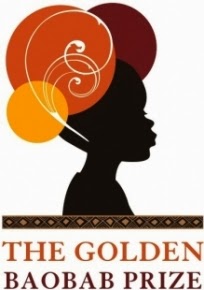 284. The Woman in White by Wilkie Collins 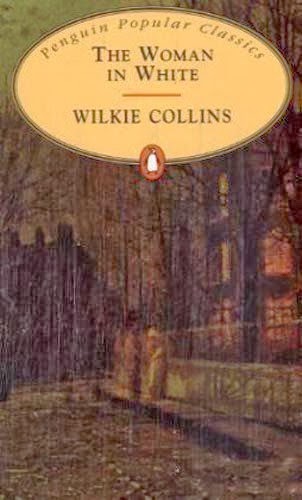 The Woman in White  (FP: 1868; Penguin Popular Classic (1994), 569) by Wilkie Collins is the first book I read in 2014. It was a selection of the Book and Discussion Club of the Writers Project of Ghana for the month of February*. This is a fantastic story about love - found, lost, and found again; trust and mistrust; impersonation and title-chasing or more specifically an egregious quest for an upward movement into a more respectable class of English society; and about a misunderstanding that ended in divorce and loss (and regain) of reputation.  Laura Fairlie was engaged to marry Baron Percival Glyde; the match was made by Phillip Fairlie, Laura's father, before he died. Marriage between the two was therefore a matter of time, at least until a poor drawing master - Walter Hartright, around whom some of the events in the story surrounded, entered the Limmeridge household. The two - Laura and Hartright - were doomed to love each other the first day they met. Miss Marian Hal
1 comment
Read more

February in Review, Projections for March

I know my passion for blogging has declined (or is declining). I have blogged on only one of the nine books I have read this year and already we are in the third month of the year. This does not happen often. But it has. Though I truly do not know the cause, sometimes I feel I am wasting my time - tasking myself for nothing. I don't know if people truly read the posts and if it makes sense at all or if it makes an impact. Or if I am just shouting into cyberspace and only contributing to the zillions of GB of information created everyday. Or perhaps the ups-and-downs of 2014 is having its toll on me.  The month has ended and, once again, I am doing okay with reading. I am reading fast but slow. Slow in the sense that I leave a lot of days between the completion of one book and the beginning of another, which used not to be the case. However, I read all the four books I projected to read in February . Even with this sluggishness, I surpassed my daily target of 50 pages a day b
6 comments
Read more
More posts