Showing posts from October, 2012
Show All

Journey (Sub-Saharan Publishers, 2006; 304) by G.A. Agambila is a novel about life and the uncertainties and mystery surrounding it. It is also about swimming against the cold currents of penury and traditions whilst showing the developmental gap between the Northern and Southern part of the country, Ghana. This developmental gap is no fiction and the story of the North-South migration is a common one for most folks. The motif of the story could easily have been autobiographical as most students who completed their secondary education had to either come down south (to the University of Ghana located at Accra or University of Cape Coast located at Cape Coast) or stop over at Kumasi (at the Kwame Nkrumah University of Science and Technology), in the middle part of the country, if they wanted to further their education to the university level. It still is the case even though the northern sector now has a university. There is also, in this story, of teenage trysts and frivolity. A
2 comments
Read more

The proportion of Ghanaian writers, both at home and in the diaspora, are incomparable to countries like Nigeria, whose authors have become household names, names we throw about in every literary discussion, names like Achebe, Soyinka, Okri, Chimamanda, Elechi Amadi, Buchi Emecheta and others. If there are few Ghanaians involved in the art of weaving words into novels, there are fewer - in fact, they could be counted on the fingers of one hand - whose writings are directed towards the youth or who dabble in the type of books commonly referred to as Young Adults. And I can count only one name: Nana Brew-Hammond whose Powder Necklace  was reviewed here. Today, another check-box has been ticked and a new name added. Sophia Acheampong's Growing Yams in London (Piccadilly Press, 2006; 220) is a Young Adult fiction about first and second generation Ghanaians in England working tirelessly to find a compromise between between the culture of their homeland and that of their adoptive
8 comments
Read more 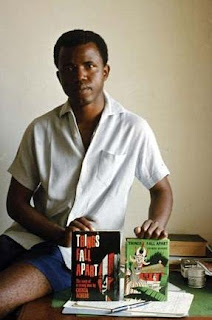 Chinua Achebe in 1960 A reader is likely to have the image of a favourite author fixed in his or her head forever. Usually, this image will be a representation of the author at the age or period the reader got to know him. Hardly will it change. Thus, if the author became a favourite in his old age, this image sticks and rarely does one look back on the author's younger years. And vice versa. I chanced upon Chinua Achebe 's picture, supposedly taken two years after the publication of his debut novel Things Fall Apart . I must say that I've never ever thought of searching for this author in his youthful days. When  Things Fall Apart was published, in 1958, the author was twenty-eight. Have you seen your favourite authors in their young days (if they are old)? And can you identify them? This picture was obtained through Seun Writes and I hope I'm using it fairly since I'm not benefitting - financially - from its use here.
5 comments
Read more

Issues of women, the world over, are peculiar for its similarities than its differences. The issues confronting women are not specific to any given culture, continent, country or even ethnic grouping. They are colour blind, nonracial, and ageless. They are ubiquitous. Even in the so-called developed countries where the fight for gender equality has been fought and achievements chalked to such an extent that it (gender equality) has become commonplace, one could easily point to certain discrimination against the fair sex; nevertheless, the intensity - depth and width - of this discrimination varies across cultures. Because these problems emanate from an established patriarchal society, they are structural in nature and, when not interrogated and challenged, are bound to be propagated from one generation to the other, even by individuals who have no intention of maltreating women or discriminating against them; for no one is explicitly tutored to hate women. They are only asked to imp
4 comments
Read more 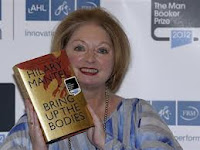 Hilary Mantel has won the 2012 Man Booker Prize with her book Bringing Up the Bodies, a sequel to her 2009 Booker-Prize-winning novel Wolf Hall .  The 50,000 Pounds prize was announced on October 16, 2012 at 9:40 pm British time at a dinner at Guildhall. This win makes her the third author to have won the Booker Prize on two different occasions. The other two are Peter Carey (1988 & 2001) and J.M. Coetzee (1983 & 1999).  She is the first person to have the first two books of a trilogy win the Booker Prize. Could she make it three in three?  Read more here . The Guardian reported that the Chair of Judges, Peter Stothard, described Hilary Mantel as 'the greatest modern English prose writer.'
2 comments
Read more

195. The Corrections by Jonathan Franzen

The Corrections by Jonathan Franzen (Farrar, Straus and Giroux, 2001; 568) is a disquisition on American pop culture and the American family as it transits from a period of familial bond and quaint prohibitions to that of material bond and quick-fixes in a freer do-what-you-want world and where its [the family’s] values have shifted from a personal relationship among kin to a personal relationship with wealth, respectively. In this unforgiving but dispassionate analysis of the middle class, Franzen single-mindedly sought to expose the effects of wanton and desperate quest for wealth as expressed in uncontrolled consumerism, materialism, profiteering and above all the satisfaction of the singular self on the unifying role of the family as an institution and, therefore, on the American system. He exposes the darker side of a system that has put premium on consumption of commodities and that has redefined success as one’s ability to consume limitlessly. So much has consumption, of g
2 comments
Read more

At a few minutes to 11 am GMT, the Nobel Committee announced Chinese writer Mo Yan (57) as the winner of the 2012 Nobel Prize in Literature. The author whose works are often banned in his home country and are widely pirated is known for works such as Red Sorghum  and  Garlic Ballads.  His recent work Frog  was published last year and won the Mao Dun Literature Prize, 2011. Mo Yan - meaning 'don't speak' - is a pseudonym for Guan Moye; he becomes the first Asian since Kenzaburo Oe won it in 1994 - and if you count out his compatriot Gao Xianjing (2000) who is a citizen of France, he is the first non-European winner since 2003. Technically, Mo Yan is the first Chinese to have won the Nobel Prize in Literature. According to the Nobel Committee, The 2012 Nobel Prize in Literature was awarded to Mo Yan Who with hallucinatory realism merges folk tales, history and the contemporary. This award which, until now, had been given 108 times since 1901, and had suffered only
Post a Comment
Read more

194. Season of Migration to the North by Tayeb Salih

In Season of Migration to the North* (A Three Continent Book/Lynne Rienner Publishers, 1997 (First Pub., 1966 in Arabic and Translated into English by Denys Johnson-Davies, 1969); 169) a young man has arrives home, at Wad Hamid, a small village near the Nile in northern Sudan, from his studies at England where he trained as a Poet. He arrives home to the usual ululation and susurration that meets individuals who have had the opportunities to study abroad, especially during the period where coming across a foreign trained individual was as rare as finding water on a desert. Thus, the narrator's homecoming from abroad is celebrated amongst his people; except one man, whose name he later finds to be Mustafa Sa'eed. Mustafa Sa'eed's lack of enthusiasm in the narrator's return sparks a certain kind of 'need-to-know' curiosity in the narrator; he sees him a person of a different breed, one not awed by the airs of a freshly-arrived scholar. The narrator, hi
7 comments
Read more 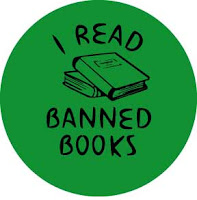 September 30 to October 6 was (or is) celebrated as Banned Books Week worldwide. During this period, people around the world, especially in the blogosphere, read books that have been banned at one point in before for various perceived offenses, either due to its language, sex, murder, or profanity. According to the the American Library Association who established this in 1982 Banned Books Week is an annual event celebrating the freedom to read. Typically held during the last week of September, it highlights the value of free and open access to information. Banned Books Week brings together the entire book community -- librarians, booksellers, publishers, journalists, teachers, and readers of all types -- in shared support of the freedom to seek and to express ideas, even those some consider unorthodox or unpopular. In Africa, governments and other bodies have used several excuses to ban several books. However, every book deserves to be given the opportunity to be read. The onus
9 comments
Read more

I went into Northanger Abbey  (Premier Classics, 1818; 241) with so much expectation coming from the back of my enjoyment of her novel Pride and Prejudice . However, I think I was somewhat let down. This disappointment could be the fault of my own poor predisposition towards the reading , especially my poor mental preparedness going into an English a typical classical whose language is overly refine and too 'polite'. Or it could be the subject matter, which wasn't agreeable to my constitution. Whatever it is, I left this book with a feeling of having let down Jane Austen though I knew that my singular let down wouldn't add or subtract anything from her fame and following. Having said this, I enjoyed the way Jane Austen presented the issues of marriage and of getting married at the time; how, she, pretending to describe what pertains, mocks the system. This makes her book very sarcastic and a tongue-in-cheek sort of way. Also, when used as the baseline, it shows how
4 comments
Read more

Quarterly Review and my Reading Projections for October 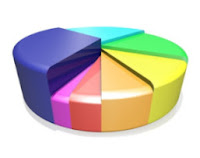 September Reads In September I was in my elements. Not that I did something that I've never done before. No! That isn't it. I just did my usual reading; however, it was better than it had been for the last five months, that is from April to August, where I hardly hit the required fifty pages per day (except in April where it was 52.30). Perhaps, finally, the vacation I took from work helped. I was able to read four out of the five books I projected to read and two others that weren't in the list. This six books gave me a total of 1,691 pages, which works out to 56.4 pages per day, though it isn't up to my January to March stats where in the latter month alone I read a total of 2,424 pages (or 78.2 pages per day). I love the reading stats though I don't let it ruin the joy of reading. The following are the books I read in September: Season of Migration to the North by Tayeb Salih . This has been on my Top 100 list for a long time. It tells of Mustafa
4 comments
Read more
More posts