Showing posts from October, 2013
Show All

Additions to the Library 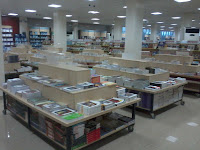 Between my last report on newly acquired books and now, I have come into possession of several books. This has come about because, first, I ran out books - the remaining few being those I am not keen on reading; besides these are basically non-African authored books. Left with the option of choosing between reading western authors I am not keen on and repleting my library (at moderately significant cost), I chose the latter. However, not all the books I have come to own were purchased.  An Enemy of the People by Henrik Ibsen . This was sent to me - in a soft copy format - by a friend. Every body has heard of that Ibsen's statement about the majority being stupid rather than being right. Yes! If you haven't then there you have it. It is in this play that that famous statement was made. The story is a metaphorical take on the cause of rot and deterioration in a society. Guess what it is. This book is worth the read. African Roar 2013 by Emmanuel Sigauke . Every year, sinc
4 comments
Read more

The first principle I have adopted in my reading is that every book has something to offer. Thus, I do not go into a story or a book with a prejudiced mind or with the structure of another book in mind. Neither do I attempt to impose my expectations of how things should have fared on a story. Consequently, I attempt to judge every book on its own merit, without comparing it with another. Using this strategy, I do not pronounce a story as bad in relation to another or my expectations; I judge a book on its own merits. With this out of the way we can proceed to talk about  African Roar 2013 (StoryTime, 2013; 170). African Roar has become an annual anthology of African short stories since 2010. This being the fourth edition. I really do not know how I missed the 2012 edition but have talked about the 2010 and 2011 editions on this blog. First, it is important to commend StoryTime for their insight and for what they are doing for young and relatively unknown African authors. Most
Post a Comment
Read more

261. The Parliament of Poets by Frederick Glaysher

The Parliament of Poets  (2012) is a 294-page epic poem by Frederick Glaysher, which has the moon as its setting and deals with important issues such as science and religion, the current consumerist approach to our economics, profiteering and capitalism, gradual wearing away of morality and spirituality, wars, hunger, general deprivation, race, and more. It is a poem in twelve parts or Books. This review shall be restricted to Book I, which deals with the general issues covered in the individual books, and Book XI, which involves the persona's visit to Africa and involves Achebe's character in Arrow of God,  the Priest Ezeulu. As already stated the setting of this epic poem is the moon, specifically, the Apollo 11 landing site. The gathering of ancient and modern poets from both East and West was called by the Greek god Apollo and the Nine Muses. The main subject for discussion is the meaning of modernity and modern day nihilism. Several poets are gathered: Cervantes, Du
Post a Comment
Read more

October 23, 2013
For most Africans the history of their lives, their culture, their ancestors, begins from the point of entry of the unknown men with pale skin, who would later become the colonialists and the oversea slave traders. To most of us who have gone through formal education studying subjects like Social Studies, Life Skills and a bit of History, not as an Elective but as a core, the farthest we can trace our history is to the borders of the Mali, Songhai and Ghana Empires. Even then, we do not know how they are linked to our present selves. Thus, to ask a Ghanaian student - to be specific on what I can guarantee, though I know this might largely apply to several Africans - to think of his ancestors beyond this period is to ask him to risk haemorrhaging his brain cells or to cause him to hallucinate holographic images of people whose faces he cannot outline or describe and whose deeds he does not know. Yet, it is ironical that these same folks who know nothing about themselves, their or
5 comments
Read more

Her willpower shattered against the rocks of desire and went flying into a million shards of rainbow-coloured crystal. [99] What deadlier betrayer is there than one's own body? What fouler enemy had the human being than desire that flows in his own veins? Marimba  was lost. [99] There is something known as hope, and that something has the habit of shining brightest when a man gets most hopelessly lost in the forest of fear and despair. Hope is a false star shining brightest on the darkest night of one's life. [108] A man about to die loses all fear. He throws all respect and dignity to the Seven Winds and says and does exactly as he pleases, and Malinge  did exactly that. [108] Give a Masai a stone and he will hit something or somebody with it. Give him any piece of wood and he will turn it into a club with which to brain you. [112] When one has slandered an innocent man for many days with intent to destroy him one becomes scared when one learns that all on
3 comments
Read more

Interviews Here and There: My Views on Writing, Reading, and Poetry in Ghana

One can sometimes bring out what he or she feels only when asked or only when certain questions are asked of him; this - in my view - is one of the functions of interviews. They are to bring out what you think of issues and sometimes to extract the truth, directly (through confession) or indirectly (through contradiction). The latter method mostly works well for politicians and socialites. However, for ordinary folks like us an interview only allows us to express ourselves on issues. Over the year, I - through ImageNations - have granted a few interviews to folks who think I am doing something. Below, I bring you the first few questions of each interview and follow it up with the link to the blog for the full version. ______________________ At the Street of Books and Authors (October 2013) -   This interview focuses on reading and writing in Ghana & Africa Darko:  Out of an avid reading habit, and a critical mind, you have built a reputation as, what convinces man
4 comments
Read more

A Quick Round Up of Literary Awards (#NLNGPrize, #ManBookerPrize, #NobelPrize) 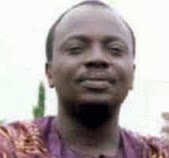 October has seen the announcement of several literature awards: from Nigeria's US$ 100,000 NLNG Prize, to the Pounds 50,000 Man Booker Prize. Overall, 2013 is the year for women writing, both young and old. NLNG Prize for Literature, Nigeria:  An Ibandan, Oyo State-based Lawyer and Poet, Tade Ipadeola, was announced the winner of the the 2013 Nigeria Prize for Literature. Ipadeola, president of PEN Nigeria, won the US$100,000 prize with poetry anthology The Sahara Testaments. The prize is sponsored by Nigeria LNG Limited.  The Sahara Testaments  won the prize ahead of Promise Ogochukwu's Wild Letters  and Chidi Amu's Through the Window of a Sandcastle.  The three entries were shortlisted from 201 entries received for the prize. The judges described  The Sahara Testaments as a remarkable epic covering the terrain and peopel of Africa from the very dawn of creation, through the present, to the future. The text uses Sahara as a metonym for the problems of Africa a
Post a Comment
Read more
More posts