Mamle Kabu's Mr. Oliver is a story about the relationship that exists between the rich and the poor and the fake camaraderie shared among the rich and high-society folks, who keep up appearances to please their fellow glitterati and the socialite.

Written in the first person singular, Alex's wife tells of how things aren't going well between her and her nouveau-riche husband. Oliver is the mason working on the extension of their house and belongs to the early wealthy folks whose third generation children are languishing in poverty. Like most artisans he knows that the Alex's wife is 'soft' when it comes to money; hence, even though he had been provided with all the necessary materials required to complete his job, he went to her for the money-equivalent of a bag of cement. Alex's wife, fascinated by Oliver's eyes, was surprised how such a man could also be an alcoholic and wonders what actually happened to him, especially their branch of the famous Oliver family. Her reveries are filled with what she would have done had she had the heavy-hooded type of eyes that Oliver has. As she thinks about this, Alex calls her to inform her he is at the airport and will soon be home and that he should prepare herself for a party.

Later that evening the two would attend a party, together with other bigwigs, hosted by the new American ambassador. There, Alex would introduce his wife to people whom he only knew by title and not by name and who would also live up to the phoniness and the charade their lives have become to such an extent that one lady actually asked her,

How are your adorable children?

even though they had no children. And the absence of children in the marriage was also because Alex, wanting to be considered civilised and abreast with current trends, was playing the 'let's wait for some time' game so that when the time came that he really wanted children, the marriage had, unknown to him, gone somewhat sour and his wife was also no more interested, unprepared to remove the birth control implant. The faux relationships were glaring with each one present trying hard to fit in and be counted. Alex had put on his false American accent to impress. In this way the story reminds the reader of what Holden Caufield was ranting about in The Catcher in the Rye.

All this while, Alex's wife was thinking of Oliver and how they should pass by his house and pay him the rest of his money. When she brought up this issue up again on their way home, Alex was furious - thinking more of what he would be doing to her wife. She insisted and he succumbed. At Oliver's residence in a rundown neighbourhood, Alex would deduct the money he had taken from his wife from the remainder of his fees. Overhearing what his husband had said, she would forcefully open the gate of the hummer and jump out; and would give the poor man all the money she had in her handbag. 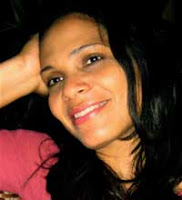 All through this story, there were subtle references on how the rich maltreat the poor and how they unconsciously keep them poor. It was like Oliver was no human. Again, Alex was full of himself; he effused an arrogance that was disturbing. In this short story, the conscious or unconscious relationship between these two extremes of wealth was aptly portrayed.
_____________
About the author: Mamle Kabu was shortlisted for the Caine Prize in 2009 for her short story The End of Skill. She grew up in Ghana and later in the UK where she studied at Cambridge University. She has had five other short stories published. She currently lives and works in Ghana and is a mother of two.