145. SHORT STORY MONDAY: A Life in Full by Jude Dibia

Jude Dibia's story A Life in full, the eponym of the anthology, is one that plague many a household in this part of the world where children are valued above all else, so that one can have all the properties in this world, acquire all the knowledge that one can possibly acquire and still be considered useless, or having lived a life in full, if one does not have at least a child.

Victor has completed his university degree, has a good job, and lives comfortably in his Lagos home. However, Victor's entrenched stand on marriage has created (or is creating) a chasm between him and his mother. Mabel, Victor's mother, don't seem to understand why a man like Victor, with all the things one needs to live a comfortable life, will refuse to marry. When Victor complained of sickness and his mother went to visit him and stayed to cook for him and keep the house tidy, two things became clear: Victor wouldn't allow his mother to talk to him about marriage issues with him and Victor wants no intrusion into his personal space.

But Mabel, who wants her eldest child to bear her grandchildren, had also gone through a bitter marriage experience with her husband, George, whom she is still married to. She had married young - the reason why she accepted Victor's excuses of wanting to settle down first - and had forfeited her university education for marriage. Ironically, it was her father who had sponsored her husband's education. However, after marriage, the two realise how difficult life is and sometimes Mabel has to go to her family's homestead. Their room was small and could not accommodate the growing family size. Finally, George turned out not to be the man he was prior to marriage and so Mabel was to be sad throughout marriage, at least up to when the children became old enough to cater for themselves.

It was after a conversation with Thelma, her daughter domiciled in the US, that it dawned on her that perhaps she had overstayed her welcome and that perhaps her gloomy marriage might have affected her son. Thelma also offered possible reasons why Victor had not as yet married including the possibility that he might be a homosexual, or might have been hurt by a lady when she was in school. So that night after the conversation, when Victor for the first time came home extremely late and trudged along into the house, Mabel made it a point to leave for his home at Asaba and to her husband, George; to leave Victor to himself and the vegetable garden she had failed to raise to fruition to the devices of the weather.

The parallelism drawn between Mabel's consistent failure with her tomato garden and the failure to convince her son to marry is interesting. It is as if the success of this garden will translate into victory in her son's life. The issue of marriage and of bearing children after marriage is crucial to the African and have led to several divorces. Though there wasn't any twists and turns in the story and that the educated son will not succumb to the mother, the idea of personal space broadly seems foreign in an African context. It is expected that the African, having been enmeshed in the extended family system, will hardly complain of a 'personal space.' But his Africanness, an inherent part of him, reared its head slightly when he was unable to directly confront his mother that she should leave but indirectly made his point by telling her not to sit in a particular seat and not to touch his things anyhow. This form of modernism is gradually showing up in several African stories, exposing the gradual transformation the African is going through at several levels. 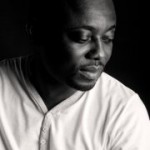 _____________
About the author: Jude Dibia is a Nigerian-born novelist. He has a B.A. in Modern European Languages (German). He is the author of three novels: Walking with Shadows (2005), Unbridled (2007), and Blackbird (2011). Walking with Shadows is said to be the first Nigerian novel that has a gay man as its central character* and that treats his experience with great insight, inviting positive response to his situation. Unbridled won the 2007 Ken Saro-Wiwa Prize for Prose and was finalist in the 2007 Nigeria Prize for Literature. His short stories have appeared on various online literary sites including AfricanWriter.com and Halftribe.com. One of Jude's short stories is included in the anthology One World: A Global Anthology of Short Stories.
Anthology Author: Jude Dibia Author's Country: Nigeria Rating: 4.0 Review Short Stories Year of Publication: 2001-2010