Mukoma Wa Ngugui's How Kamau Wa Mwangi Escaped into Exile was shortlisted for the 10th Caine Prize award in 2009. It is the fourth in the list of five shortlist to be reviewed here. The itself was published in Wasafiri Volume 23, No. 2 in June 2008.

Kamau is a member of the Second Independence Democracy with Content Forum (SIDCF), a group that has been asking questions of their dictatorial government. He has been arrested and tortured on several occasions and has become immune to the fear exuded by military officials. One evening Kamau was visited by an army officer who presented him with a list of people who should be on the run, in case an impending insurrection fail:

'I ... we do not want to see more people dead. Especially the young people and even though we anticipate more trouble from the likes of you, you professional agitators, this is our country and your needed. Protect yourselves and your friends. We shall deal with each other later. Like men ... eye to eye. If you do not leave tonight, there is a chance you will be dead by tomorrow morning.'

That evening Kamau knew that he has no time left, if he should be arrested again torture would be the starting point, not the end. The remaining of the story follows Kamau on his way across the border, and into exile, under the guise of a Maasai warrior. It was on his escape that he witnessed the assassination of the coup plotters, including the man who presented him with the list.

The political tension in the country from which Kamau is running is not merely political but one mixed or influenced by tribal affiliations so much so that if a Gikuyu understands a Luo, he is considered to be

diluted, to be on the fence, to be compromised. It was to be dirty.

Even then it was the conversion into one of the least regarded and most abused tribes, Maasai, that saved his life as checkpoints increased and the police hunt for him, searching every corner including cigarette boxes.

Mukoma wa Ngugi's short story with its political overtones and ethnic undertone, is worth the read. He makes the psychological effects of exile on the life of the escapee and the people he leaves behind palpable, as was visible in the silent communication between Kamau and Wambui. This story reminds us of the ultimate power wielded by most leaders and how difficult it is for the people to come against it without facing, first, the might of the government.
________________ 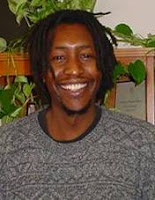 Brief Bio: Novelist, poet, and essayist Mukoma Wa Ngugi is the author of Nairobi Heat (Penguin, SA 2009), an anthology of poetry titled Hurling Words at Consciousness (AWP, 2006) and is a political columnist for the BBC's Focus on Africa Magazine. He was short listed for the Caine Prize for African writing in 2009. He has also been shortlisted for the 2010 Penguin Prize for African Writing for his novel manuscript, The First and Second Books of Transition. Nairobi Heat is being released in the United States by Melville Publishing House September, 13 2011. (Continue reading)

Other Caine Prize shortlist: You Wreck Her by Parselelo Kantai