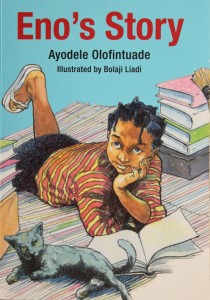 In few and simple words Ayodele has tackled one of the most widespread problem facing 21st Century Africa, a continent with a high rate of technological advancement that is perhaps paralleled only by the rate of growth of churches. Thus, in Africa the collision between science and religion has begun and representatives from both sides have questioned the others capability to question its importance. Yet, when an institution that literally preaches superior moral uprightness leave sloughs of castaways in the wake of its growth, one cannot but question its own morality and responsibility to the people it serves. Though the motive of churches has always been to fight the evilness of traditional practices - as is their claim - it is this same belief (in evilness and their ability to spot them) that has given credence to traditional practices and beliefs, thus exacerbating the problem of witch-labelling. So that today, the belief in witches and the ability to spot witches, not from a reference manual like malleus maleficarum, but from simple behaviours and characters has led to several children and adults been cast out from the society within which they live. Most of the time, and like in previous times, people with exceptional abilities are considered witches. This is the theme of Eno's Story.

Eno has been tagged a witch by her uncle though to her father Eno is a princess. Her uncle points to Eno's mental ability, coming first in class after staying a month away from school, her love for cats and the passing away of her mother as that which make her a witch. So when Eno's father did not return home one day, her uncle was left to his devices to confront Eno's witchery. Sent to a pastor for deliverance, Eno's life spiralled downwards until she ended up in an uncompleted building.

The beauty of this story lies in the point of view of its narration and its ability to reduce a national problem (disgrace) to its barest threads - stupidity. Most stories treating this subject are told from the adults' point of view or are treated with the heavy-handedness that it deserves, rubbishing the practice without showing how the young 'witches' feel or think of their new supernatural status. And this is what Ayodele has tackled with finesse. And to think that she did this with several doses of satire capable of making uninquiring minds bow in shame, makes the story enjoyable. For it was fun reading what Eno would have done had she had the power to make things happen as she was being accused of.

Complete with illustrations and targeting children between four and (perhaps) ten, Eno's story is germane to recent sightings of archaic practices, practices that cannot stand up to a 21st Century world and writing it for children, Ayodele presents us with a unique opportunity to solving this problem at root level before it should blossom in the minds of future adults.

Brief Bio: Born in Ibadan in the early 70's, Ayodele Olofintuade spent her holidays with her grandfather who lived a stone's throw from Olumo Rock. He nurtured her young mind by making her read Yoruba classics like Ireke Onibudo, Irinkerindo ninu Igbo Elegbeje, Ogboju Ode ninu Igbo Irumole to him. She read Mass Communication at the Institute of Management and Technology, Enugu.

She is a teacher and editor, who has been a graphic artist, sales girl, cybercafe attendant, dance instructor, librarian and information technology teacher. She has worked with children in one capacity or the other in the past 13 years and is a volunteer counsellor at Salt 'n' Light camp, a camp for teenagers for close to 10 years. She is passionate about children and their issues.

She is the mother of two boys, 13-year-old Alexander and 17-month-old Ifeoluwakiisa. She presently works in Ibadan International School as a Creative Writing teacher and lives with her children and her cat, Kit-Kat.