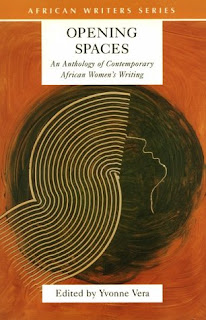 This is a collection of 15 short stories by African women from 11 different countries. The anthology includes Leila Aboulela's Caine Prize winning story The Museum. With the exception of a few stories like Crocodile Tails, A State of Outrage, The Barrel of a Pen, and The Home-Coming, the stories revolve around polygamous husbands, domineering husbands, rape, domestic violence, girl empowerment and combinations of these.

The collection opens with Ama Ata Aidoo's The Girl Who can, which is a story about a girl who was looked down by her grandmother because she has lanky legs.

'But Adjoa has legs,' Nana would insist; 'except that they are too thin. And also too long for a woman. Kaya, listen. Once in a while, but only once in a long while, somebody decides  - nature, a child's spirit mother, an accident happens, and somebody gets born without arms, or legs, or both sets of limbs. And then let me touch wood; it is a sad business. [..] But if any female child decides to come into this world with legs, then they might as well be legs.' (Page 9)

The grandmother kept questioning what she could actually achieve or do with such legs until she proved that there is more that could be achieved.


Written in the first person (as most of the stories were) and in flashes, Deciduous Gazettes (by Melissa Tandiwe Myambo) is about the trials of Mrs Ncube and her friends in a polygamous marriage. Though this is basically Mrs Ncube's narration, she sometimes assumes an omniscient observer telling the stories of her friends with as much detail. So that when Mai Sithole came home to find a talk-show programme discussing the issue of polygamy, she

[P]icks up the telephone table and smashes it into the television screen. ... She picks up a chair and throws it into her reflection again and again until shards of glass slide to the floor in jagged geometrical shapes: triangles, pentagons, octagons. She drags the chair into the kitchen and hurls it into the stove. (Page 34)

So pervasive was the issue that even on the cover of magazines Mrs Ncube's friends, with whom she shares similar fate, sees the sexism being portrayed. For

On the outside cover [of the Horizon magazine] is a picture of a woman opening the door to her husband arriving home from work late in the afternoon. Two children run joyfully to meet him. The slogan across the top is, 'Hapana muphuwira unopfuura Chibataura' [There is no love potion better than sadza]. (Page 37)

Lindsey Collen's Enigma is about the reflections a girl living with an overprotective father who wants her to get a good education so that she can get a bon garçon or a suitable boy to marry testing positive for pregnancy. She is thinking of what her father would do to her if she finds out that she is pregnant, the beatings and more. And her homework lies undone. The Red Velvet Dress by Farida Karodia is a rather interesting and twisted story. Katrina, after serving 25 years in prison for killing her father (whom she accused of sexually molesting her and her friend) came home to find her mother dying from cancer. And a family secret: the man he killed was not her father, as she had always presumed. Uncle Bunty by Norma Kitson opens with

You could have said Uncle Bunty was the ideal husband: he was a good provider. (Page 58)

That's how Auntie Betty learned that Uncle Bunty had a whole other family in Durban (a wife and three sons, all real males) and how, at age 81, she got her divorce from Uncle Bunty and lives very happily now in her flat overlooking the Durban beach front and goes to America whenever she feels like it. (Page 65)

It also about a domineering man who lived a double and polygamous life. In Aboulela's Caine-Prize winning story The Museum, a Sudanese woman, Shadia, sent abroad by her would-be husband to further her education found redemption and identity after a visit to the African Museum in Scotland with a classmate whom she was somewhat growing to like. She realised that her understanding of what Africa is is far different from the Africa that is on display. The Africa on-show in the Museum is about Scottish warriors who fought in the land and the plunder they carried home and Africa's wildlife. From a letter a diplomat wrote from Ethiopia in 1903

It is difficult to imagine anything more satisfactory or better worth taking part in than a lion drive. We rode back to camp feeling very well indeed. Archie was quite right when he said that this was the first time since we have started that we have really been in Africa - the real Africa of Jungle inhabited only by game, and plains where herds of antelope meet your eye in every direction. (Page 89)

State of Outrage by Sindiwe Magona is about a peoples' reaction to HIV/AIDS and how a group of friends who have lost one of their members infected with disease not to the disease but to the insane reaction of her neighbours set out to fight this pervasive homophobia even though statistics and projections show that, if nothing is done, by the year 2000 every single family would have at least one member living with the disease. This is one of the few stories that veered away from the usual 'bad-men' themes.

Night Thoughts by Monde Sifuniso is the only overtly political piece in the collection. It talks about the cycle of oppression and corruption, of how every new leader makes flamboyant promises only to morph into a personality far worse than his predecessor: adding onto the atrocities of his predecessor. Set in Barotseland, the western province of Zambia, a new litunga has been installed after the old one, Sikita, abdicated his. However the first thing Liswani, the new litunga, did after promising a new beginning and some form of democratic-tendencies did was to improve his litunga position (which though was not explained but was obviously lower than a king) into King, his indunas becoming ministers and the ngambela becoming prime minister. After that he sets out to enrich himself and to arrest and persecute anybody who spoke against him.

The collection ends with The Home-Coming by Milly Jafta, which is a story about a woman who after spending almost all her life abroad came home to meet a daughter who, although a stranger altogether to her, was prepared to offer her what her supposed good-life abroad never gave her, respect and recognition.

As a collection of works by women, it is expected that issues concerning women would predominate. Yet I was put off after the third or fourth story. The problem is should every story by a woman be against men or a man? However, the second half of the reading provided a series of varieties from a theme that was becoming monotonous and mundane after every read. In spite of this one of my favourite stories in the collection The Red Velvet Dress is also a story with such a theme. The ending took the reader by surprise and though a short story, it contains a lot of turns; the other favourite is Night Thoughts because of its political theme and its humour. It also reminded of the famous story Malawi's president, Bingu wa Mutharika's, ghost stories; the parallels could not be overlooked.

Though there were crowding around themes, a problem with most stories coming out of Africa, each story was delivered with verve and passion and thus most were realistic. On the other hand there were a few where the storyline or theme, I think, was overstretched losing its power. Overall, the collection is worth the read if one is very interested in issues affecting women and women empowerment.
_______________________________ 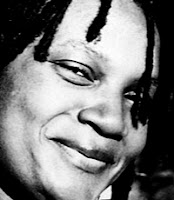 Brief Bio (Editor):Yvonne Vera, the Zimbabwean author, recently died in Toronto at the age of 40. She had moved there from Bulawayo in 2003, and was being treated for an AIDS-related illness. At the time of her death, she had published five novels (Nehanda, 1993; Without A Name, 1994; Under the Tongue, 1996; Butterfly Burning, 1998; and The Stone Virgins, 2002), several short stories, and an array of cultural, literary and social criticism. She had received numerous literary awards, including the Africa Region Commonwealth Writer's Prize in 1997, the Macmillan Writer's Prize for Africa in 2002 and the Swedish Tucholski Prize in 2004. (Continue reading)