33. Are You One of Them? A Review of Uwem Akpan's Novel 'Say You're One of Them' 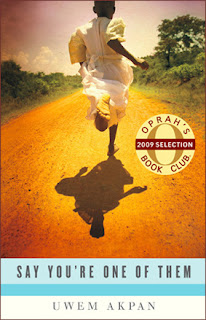 
Say You're One of Them, is a collection of three short stories and two novelettes. Though the stories are set in different countries--Kenya, Benin, Ethiopia, Nigeria and Rwanda--a common theme strings them together and that is survival, survival of young children. Written in different narrative styles from the first person (An Ex-mas Feast, Fattening for Gabon, In My Parents Room) to point of view (Luxurious Hearses, What Language is That?), the collection treats subjects such as religious conflicts, child slavery and child prostitution as it relates to children.

Most of the time we forget to look at issues from the view point of children and that's what this book forces us not to do. What is the effect of a Muslim-Christian conflict on the life of a young girl--a Christian--whose best friend is a Muslim? How do you explain to such a girl that by some complex circumstances she shouldn't talk to this best friend again? How does this best friend--whom she only called by the name Best Friend--suddenly becomes evil because of her religious inclination? This was what Akpan tackled in What Language is That. Similarly, what religious identity do you give to an individual who has a Muslim mother and a Christian father and was raised mostly by his Muslim mother? What should he do when suddenly his Muslim fundamentalist friends refuse to accept him as a PURE Muslim because of his childhood baptism into Catholicism and attempted to murder him? Where does this young boy go when his Christian father's people also discovered that he is a Northerner, when in their midst, not by his looks but because of how he spoke and also because his hands had been cut off at wrist-level as punishment for stealing? Should religion separate us?

Again, Akpan shows that religion is not the only cause of tribal conflicts, ethnicity is as much a catalyst in terms of fomenting wars as religion. In In My Parents Room, a young girl looks on as his Hutu father butchers his Tutsi Mother at the insistence of his Hutu father's relatives. If not for the madness of war, how could this action be justified? Does one loses all love when war descends?

In Fattening for Gabon a young man is forced to sell his niece and nephew into slavery. What happens when he found it difficult to go through with the deal and decided to pull out? And how rampant is this practice? Akpan touches on subjects that are very difficult to broach and he does so with a compelling and yet objective argument too. In the first story of the collection, An Ex-Mas Feast, a young girl resorts to full-time prostitution to help his younger brother complete his education and yet this younger brother flees home because his elder sister had left home to become a full-time prostitute.

All five stories are emotional and would touch a cord or two in the readers heart. They promise to remain in the reader's mind for a very very long time. Per this book I am sure Akpan has a knack for making people cry for making them take a look at life again.

My only problem with the book had to do with the way the author constructed the voices of the illiterates in the stories. My argument is this: If a mother or father cannot speak English he would express himself fluently in his native language. As a result the writer, who is then translating, has no business in messing up the character's speech in English because it was not spoken in English. Illiteracy in English does not imply illiteracy in the native language and for most of the time we speak in the latter. 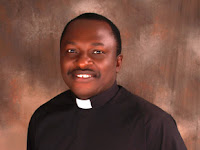 My second problem, which is not a problem but a concern, with this book is that it more than defines what has become known as the 'African Condition'. Could this be the reason why the West clamoured for it? It just fits the definition of the 'What Africa Should Look Like' preconception. But one cannot deny the fact that these events take place here on the continent. How many people are unaware of the religious troubles in Nigeria, the ethnic conflicts in Ghana and its almost genocidal consequences in Rwanda? How many are oblivious of the Guinea Bissau's crisis or of the Kenyan electoral crisis? So whose fault is it that Africa has come to signify the face of suffering and negativity? However, whether this is entirely true or not, whether it would continue to be the status quo or not is left to us, as Africans, to decide, to act in a way that would erase this mind set. However, let's not also forget 'Chimamanda's 'Dangers of a Single Story', because reading this for the first time, an uneducated stereotypic individual blinded by lack of knowledge and immersed in prejudice would take it as the norm in Africa.

Apart from this problem, which could be a personal one and which did not distort the theme of the novel or the import it is making, I think Uwem Akpan did justice to his stories. I recommend this book unreservedly. Hope the people are listening, the child is as important today as he/she is tomorrow for it is today that defines the tomorrow.