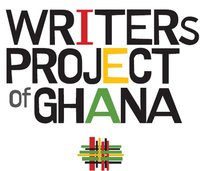 The Twitter Book Discussion, an online extension of the Book and Discussion Club of the Writers Project of Ghana, moved into full swing on May 22, 2013 with a discussion of the book A Question of Power. Prior to this a series of quotes had been shared to its twitter followers. The May 22 edition of this monthly book discussion was a huge success with participants coming from several countries. The idea to extend the Book and Discussion Club to twitter was to have as many individuals as possible read and appreciate a book beyond the words. It was also to expand the reach of the BDC which in itself is a quasi-closed group.

At the beginning of every month a book will be announced on WPG's twitter page (with the hand @writersPG) followed by the hashtag #wpghbookclub. All those who would want to participate in the discussion could tweet their intention at this handle and follow it with the hashtag. Readers could share snippets of quotes from the book whilst they read using this same hashtag - to allow for easy access, retweet and response. In the third week, before the physical discussion of the book, a twitter discussion would be held. The date and time for the discussion would be announced at the twitter homepage with the hashtag. Depending on the title of the book, a hashtag will also be created for it.