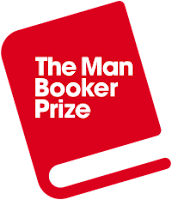 The Man Booker Prize for Fiction 2011 shortlist was announced on Tuesday September 6, 2011. From a longlist of 13 books comes a shortlist of 6.

This list contains 2 first time novelists: Stephen Kelman and A.D. Miller and two have had success with the prize in the past: Julian Barnes and Carol Birch. Four of the books are from independent publishers, two are Canadian writers and four are British.


ImageNations interest is in Esi Edugyan who, though a Canadian, was born to Ghanaian emigrants. Then there is also the Ghanaian connection, in terms of the protagonist, in Kelman's Pigeon English. My friend Geosi has suggested that after reading all the reviews, he tips Esi to win. I have not yet read any of the reviews. I wish Esi all the best.