Conversation with Lola Shoneyin, author of The Secret Lives of Baba Segi's Wives 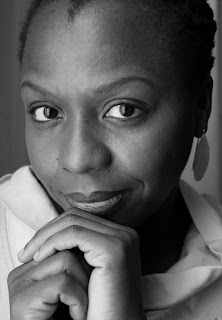 Lola Shoneyin is the author of The Secret Lives of Baba Segi's Wives, her debut novel. She is first and foremost a poet and has penned some fantastic poems. The author took time to grant ImageNations its first interview in 2011. Lola has some strong views against polygamy as the interview below shows and she has no apologies for her views. According to her there can be no justification or whatsoever for polygamy and that whereas polygamy is a lifestyle homosexuality is genetic. She also has strong words for men. Read on.
You work as a Secondary School Teacher, a poet and now a novelist. Tell us about yourself and the things that have contributed to these impressive career choices.
Growing up, my father bought us books. We grew up with Shakespeare and Dickens; they were hardly the sort of books that children wanted to read but I read them anyway, out of boredom sometimes.  It’s very important to grow in an environment where books are viewed as being non-threatening. I remember when I was about twelve, my mother took me to the UK and bought me a whole suitcase full of books. They are very few Enid Blyton books that I didn’t own as a child. I was an avid reader and even now, I get a greater thrill from browsing in bookstores than shopping for clothes.  Apart from this, I went to a school where forty minutes of silent reading was compulsory.  This helped me figure out what I liked to read from quite an early age. I had an incredible lecturer called Wale Oyedele at university. He made me read far and wide on African American literature for my thesis. That’s how I discovered Toni Morrison and from the moment I read Song of Solomon, I knew what I wanted to do. Wale Oyedele passed away at a few years ago but I remember him every time I look at a book that I have written.
Lola, I read an article you wrote for News.Scostman.com detailing your background and how you suffered racism at your childhood school in Edinburgh. Would you say that these abrasions influenced your writings?
It’s impossible not to be influenced, one way or another, by one’s childhood experiences, especially when you are a writer and your job is partly to chronicle the ‘truths’ that you know. I am not one of those people who will sit and feel sorry for myself; I try very hard to learn from the more unfortunate experiences I’ve had.  However, I detest all forms of oppression and racism tops my list of its many manifestations. Having said this, I also understand that culture, background, race even determines one’s mindset. I am black and therefore sympathetic to the plight of black people all over the world. But am I sympathetic just because I am black? And would be less so if I were white or yellow? Many of the children were regurgitating what they absorbed from their parents. Many of my school mates read the article and contacted me to ask if they had been involved and to apologise.  I think the greatest thing I learnt from encountering racism at such an early age is this: my own children do not leave home unprepared for the perils and confrontations of the outside world. They have a very good sense of what and who they are. I didn’t have this luxury of preparation.
I listened to your poem ‘She Tried’ and I was moved. In that poem you used the phrase ‘that probing, phallic mind’ and there was a ‘they’ who were preventing the woman from becoming what she wanted by giving her a whole lists of reasons. Is this ‘they’ men and do you think that this is still an issue?
I wrote the poem She Tried in 1995 and I think it’s still relevant today. African women have not been given the opportunity to come into their own. They are shackled by the selfishness of their men, who are more comfortable with them being subordinate than equal partners of superiors. The tragedy of it all is that Africa will continue to be only half as productive as it could be- economically, socially, culturally and creatively – if it doesn’t invest in the womenfolk.  Rather than perpetuating traditions that subjugate and oppress women, a sound education and real opportunities for excellence should be created.
I love ‘Diplomatic Lip Service’, not just the title but the content. It’s so true. Was the poem based on personal experience?
I’m glad you enjoyed it. I really enjoyed writing it. And yes, it’s based on a true story. Everyone at some point has tried to get involved in an argument between a married couple, with the hope of helping them to resolve their issues. But it’s just not worth it. Married couples have so many secrets and shared experiences and these are the very things that keep them together. Sometimes, it’s impossible - as an outsider - to make a fair judgement because you will never have all the information you need.
Your book ‘The Secret Lives of Baba Segi’s Wives’ attempts to put polygamy into perspective, according to reviews. Can you tell us exactly what the book is about?
The Secret Lives of Baba Segi’s Wives is about a polygamous home in modern-day Ibadan. Two years after Baba Segi took Bolanle -a young university graduate- as his fourth wife, she has not given him a child. With seven children in total from his other wives, he cannot understand what is wrong with Bolanle’s womb and decides to take her to the hospital. What the medical investigations reveal threatens to tear apart this home.
What are your personal views on polygamy? 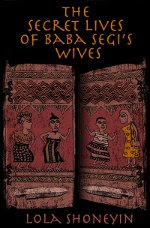 Of Mice and Men by John Steinbeck
Blind Assassin by Margaret Atwood
The Girls by Lori Lansens
Thank you very much for giving ImageNations the chance to talk to you. Thanks for the interview. I hope you can get hold of The Secret Lives of Baba Segi’s Wives in Ghana.
Thanks for talking to me. The novel is available in Ghana already.
ImageNations has not as yet read Lola's book; however, when it is read be assured that the review would be posted here so keep watching this space. Do you have a different opinion? Let the discussion roll.
Author: Lola Shoneyin Author's Country: Nigeria Interview