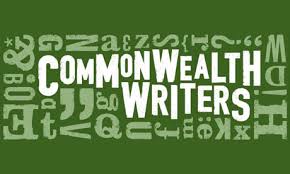 Jonathan Tel from the UK has won the 2015 Commonwealth 2015 Short Story Prize for his story The Human Phonograph. Within its short form, the story encompasses great sweeps of the world and its history – from the US moon landing to Chinese nuclear tests to reading 19th century Russian literature. The protagonist of the story is a lonely figure in this vast world.

“The Human Phonograph ranges from the personal to the universal. The resonances remained with the judges, long after the reading. As one said, we were drawn into the lonely world of the protagonist and we stayed there. It is a disconcerting, extraordinary story of an individual in search of independence and reassurance in a difficult world,” said Romesh Gunesekera, Chair of the international panel of judges.

The Human Phonograph is published by The Guardian online. Its writer, Jonathan Tel, is himself a polymath with interests as varied as those in his story. A theoretical physicist and opera librettist, he has previously published three works of fiction including Freud’s Alphabet, a novel, and a short story collection The Beijing of Possibilities.

Jonathan Tel believes that “the one thing that fiction is so wonderful about, certainly ever since the modern novel was invented, is getting inside people’s heads …. Everything I write is imagined, but I feel I’m giving it some kind of truth.”

***
The Commonwealth Short Story Prize seeks out original voices from the 53 countries of the Commonwealth. The prize is judged by a panel of five eminent writers or readers, representing each of the regions of the Commonwealth, so that stories may be considered for both their regional and international voice.

Five regional winners (receiving £2500) are selected and one of these writers is named the overall winner (receiving £5000). The Commonwealth Short Story Prize is awarded for the best piece of unpublished short fiction.

The regional winners for 2015 are Light by Lesley Nneka Arimah (Nigeria), The Umbrella Man by Siddhartha Gigoo (India), The King of Settlement 4 by Kevin Jared Hosein (Trinidad), Famished Eels by Mary Rokonadravu (Fiji) and The Human Phonograph by Jonathan Tel (UK).

The winning stories were published by The Caribbean Review of Books, The Guardian, Granta and Scroll.in and each of the winners celebrated in a local context of their own choosing. These included a bookshop in Delhi, a literary festival in Port of Spain, a university auditorium in Suva, an arts centre in Minnesota and a Chinese restaurant in central London – testifying to the global nature of the prize.

“Each year, entries to the Commonwealth Short Story Prize explore new territories in the stories they tell. This year, we received many more entries from countries not previously represented, which makes this prize a platform for less heard voices, and stories which need to be told” says Lucy Hannah, Programme Manager, Commonwealth Writers.

The 2015 Commonwealth Short Story Prize is part funded by the Sigrid Rausing Trust.

Commonwealth Writers also has an association with the London-based literary and media agency Blake Friedmann, which works with selected writers identified through the Prize.
_______________
Author biography: Jonathan Tel is writing a fiction book set in contemporary China. It is composed of ten chapters, each of which may be read as an independent story, but which link together to form a novel. The Human Phonograph is extracted from this work. The opening chapter, ‘The Shoe King of Shanghai’ was shortlisted for the Sunday Times EFG Award 2014. He is also writing a book of poems about Berlin.
The Commonwealth Short Story Prize is awarded for the best piece of unpublished short fiction (2000-5000 words). Regional winners receive £2,500 and the Overall Winner receives £5,000. Short stories translated into English from other languages are also eligible. Translators receive additional prize money. The 2016 Commonwealth Short Story Prize is now open for entry, closing date 1 November 2015.
Commonwealth Writers is the cultural initiative of the Commonwealth Foundation. Commonwealth Writer inspires, develops and connects writers in a range of disciplines. Our activities take place in Commonwealth countries, but our community is global (www.commonwealthwriters.org).
The Commonwealth Foundation is a development organisation with an international remit and reach, uniquely situated at the interface between government and civil society. It develops the capacity of civil society to act together and learn from each other to engage with the institutions that shape people’s lives. It strives for more effective, responsive and accountable governance with civil society participation, which contributes to improved development outcomes (www.commonwealthfoundation.com).
Commonwealth Short Story Prize