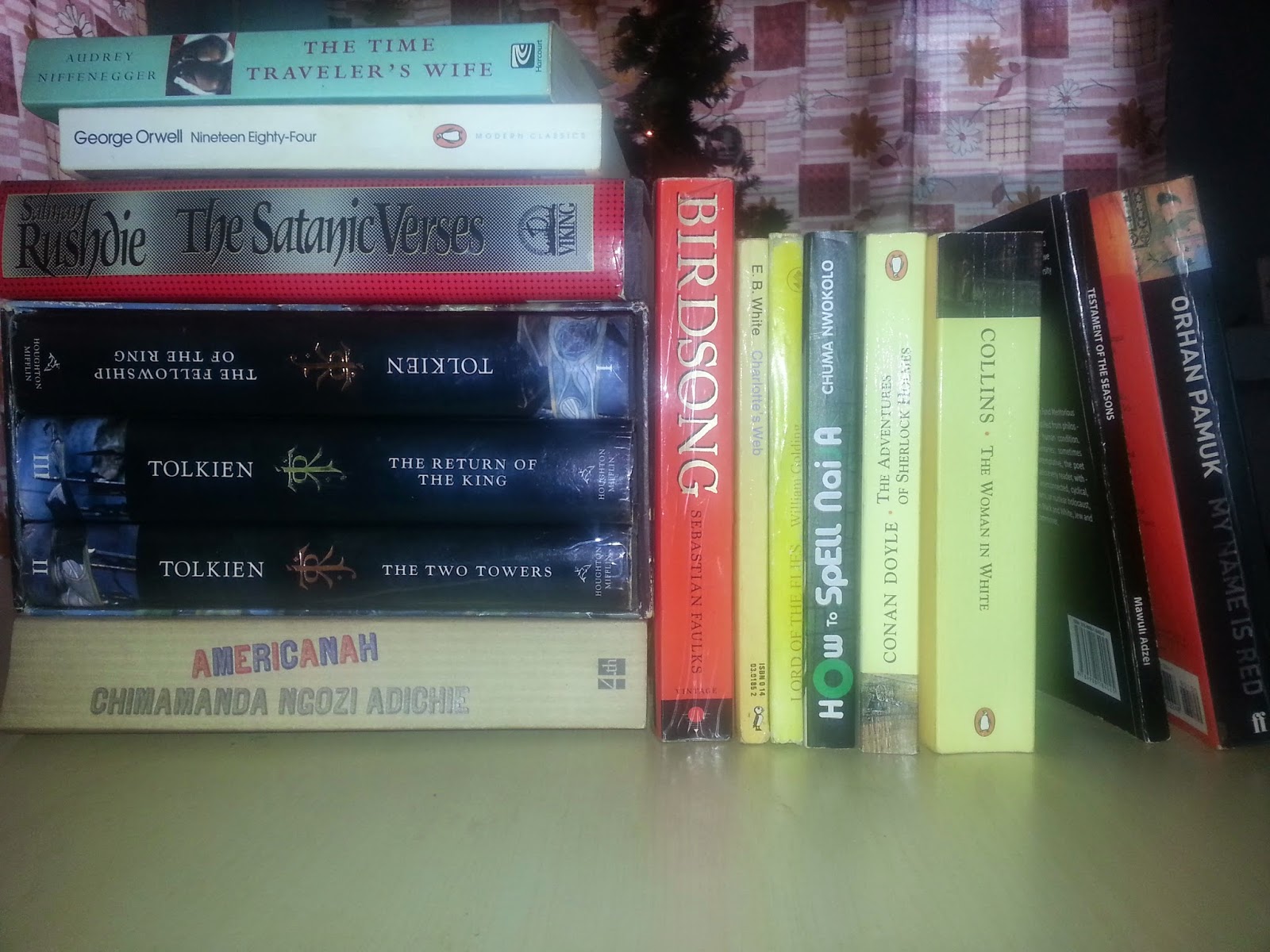 A lot of things might have happened in the previous year to make it an unforgettable year. There definitely were some positive events and an equally high dose of negative events. After all, who can forget the turbulence that hit the aviation industry. I have dreamt more than two occasions on avoiding to travel by air, and have actually implemented it once. Yet, this is not what defined my year. Several things did though. However, what is germane to this blog will have to do with books and reading.

Ever since I reactivated my reading passion and began blogging in 2009, 2014 was the year I read the least amount of books. At 20 books, the average of was less 2 per month, though I went several months without reading a book. This amount of books in 2012 or 2013 would have been swallowed up in about two and half months of reading. But then again, this was 2014 where a lot of things happened. Below is a list of books I read in 2014, where a review is available I have linked it.

Books Read but not Reviewed
This is my appalling 2014 reading. Share your reading with me; perhaps you will give ideas for reading in 2015. I am yet to make any reading resolution except to improve on my 2014 performance. Happy New Year to you all.
Book List Year in Review