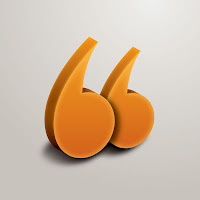 A traveller who asks for direction to his destination does not lose his way. [13]

A dog does not chase after a fowl that picks its bone; it knows the fowl does not eat bone and will eventually drop it. [17]

[I]t is in the groove of the back and the synchronicity of the dancers' arms and elbows, as they enact their intricate embroidery of styles, that you know who the master drummer is. [20]

[W]hen a club strikes the forehead, the victim does not enquire of blood. [26]

Two pots, our elders say, do not spoil liquor. If one does, the other will not. [34]

According to the sages, good and bad news often travelled together in the same boat. Whichever disembarked first held the audience captive. [41]

It's from the elders that the youth must pick their honing further. Life is the same. The difference between the elders and the youth is that the elders are the forerunners and have garnered enough valuable life experience before the youth tasted the breath of life. [42]

It is the glitter of the ripe pawpaw that entraps the monkey. [43]

He realized through that shadows were our flimsy second selves, cast by light hitting against any concrete matter, animate or inanimate, and that every shadow was dark, no matter how white the substantive object was. [134]

No one drinks medicine on behalf of a sick person. [141]

We all do sin. Your father used to say sinning makes us human, and I want to add that sinning helps us renew ourselves. You see, all life is birth, death and renewal. Watch every dunghill closely, where there's an accumulation of dead matter, that's where vegetation thrives best. It's all in nature. [157]

[I]f the father crocodile dragged you home to the depth of the river where he held sway, you were a toy in the hands of even his grandchildren - they could subject you to all kinds of indignities, including massaging your testicles. [171]

What kind of freedom, anyway? Look, prison is like a corn mill; even the hardest grain is eventually pulverised into flour and chaff. [202]
___________
Read the review here
Author: Mawuli Adzei Quotes