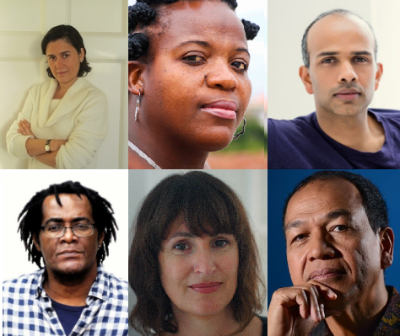 One of the flagship projects of Commonwealth Writers, the Commonwealth Short Story Prize is now open for entries, with an international judging panel comprising judges from each of the five Commonwealth regions: Zukiswa Wanner (Africa); Mahesh Rao (Asia); Jacqueline Baker (Canada and Europe), Jacob Ross (Caribbean) and Vilsoni Hereniko (Pacific).

“One of the pleasures of short stories is the potential for encountering both breadth and concentrated depth of writing over the space of just a few stories. In the case of the Commonwealth Short Story Prize, the geographic range of the entrants, as well as the prize's track record of attracting extraordinary writing, turns that potential into near-certainty.” Kamila Shamsie, Chair, 2017 Commonwealth Short Story Prize

The prize is for the best piece of unpublished short fiction. Entries translated into English from other languages are also eligible. Writers from across the Commonwealth can enter their stories online at here.

“As well as the scope of the Prize to unearth truly ‘less heard’ voices, it’s also one of only a handful of international prizes open to unpublished writers, as well as published writers, with £15,000 in prize money. And we believe that it’s the only major international prize which invites writers to enter in languages other than English – Bengali, Portuguese, Samoan and Swahili this year.” Lucy Hannah, Programme Manager, Commonwealth Writers

Commonwealth Writers is delighted to continue its partnership with Granta Magazine to give the overall and regional winners of the 2017 Commonwealth Short Story Prize the opportunity to have their story edited and published by Granta online.