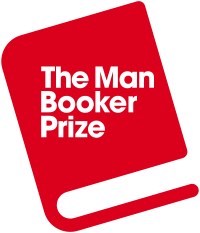 Last year, it was announced that books by Americans would be allowed entry into the Man Booker Prize. Whereas some readers and fans saw this as an unwanted deviation and a loss of focus for the renowned Prize, others saw it as the correction of a long-drawn anomaly by accepting all English-speaking countries. Prior to this announcement the Man Booker only allowed entries from British, Irish and Commonwealth authors.

British authors lead this year's longlist of 13 books with five nominations. This is followed by American authors who enter the Prize for the first time with four nominations. The rest of the nominations is held by two Irish writers and one Australian writer. Below is the list:
What is clear from this list is that though the Commonwealth is made up of more than fifty countries - including Zimbabwe which is politically out of the organisation, this list contains only three of such countries. The question is will the inclusion of America distort the diversity of the Man Booker Prize which has been won by such various authors as Salman Rushdie, Ben Okri, J.M. Coetzee, Nadine Gordimer, Aravind Adiga, Kiran Desai? Will it lead to the exclusion of new authors? How will African writers fare in the face of this expansion? Last year's Man Booker Prize (2013) was won by the New Zealander Eleanor Cantor with The Luminaries.

However, according to the Chair of Judges - AC Grayling, the books are

very ambitious books and some of them tackle big issues of the day ... There's a lot of perceptiveness and wisdom in these books, some of them are quite moving and all of them are very difficult to put down once you get into them – a feature of just how richly textured they are and what great stories they tell.