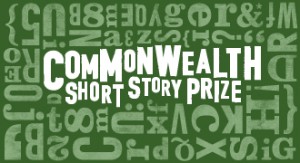 Commonwealth Writers has re-focused its prizes to concentrate only on the Short Story. It will no longer offer the Commonwealth Book Prize.

The final selection will be judged by an international judging panel; experienced readers will assist the named judges in selecting the long lists. The 2014 Commonwealth Short Story Prize will be chaired by Ellah Allfrey, Deputy Chair of the Council of the Caine Prize and previously Deputy Editor of Granta and Senior Editor at Jonathan Cape, Random House.