210. Diaries of a Dead African by Chuma Nwokolo, Jr.

Chuma Nwokolo's Diaries of a Dead African (Villager House, 2003; 193) is a story of two generations - a father and his two sons - spanning over just a month and recorded in one three-authored diary. The story is about their lack and their nothingness and their uselessness in the midst of plenty. It is also about human, and in general societal, behaviour towards the less privileged in society.

Meme is the patriarch. A patriarch who has nothing. Except a cheating wife and two sons, of whom he might not even be their sire and who hate him for his poverty. He also has two tubers of yams, what was left after his wife took all his yams in a certain mathematical equation of ten yams to every son born to him (including the three who passed away), and Meme must survive on these for the remaining weeks before the yam festival is celebrated and the ban on yam-harvesting is officially lifted. Now Meme faces several obstacles: the wickedness of the people working in connivance with the fate. As the tubers finished serving their purpose of putting hunger at bay, even though he ate sparingly, Meme began to set traps in the bushes. But people made it their duty to steal the animals his contraption trapped. When nothing will work, when he won't get anything from the sale of his meagre properties and he won't get any food item on credit, he set out to take vengeance for himself.

Meme could be described as a fatalist. One could say that there were other options aside what he chose. Besides, he could have remained deaf to the villagers' names and songs composed for him and lived his life. But when fate deals you a hand, it leaves you with no option and Meme knew this. At harvest time, when all that people harvested that year was rotten yam, Meme knew that his end has finally come. There's nothing he could do. But then he wouldn't go down alone. He must take with him some of the people who had a hand in his situation; people who had cheated him at different points in time and who contributed to his condition.

Meme is a symbolic representation of frustration without cure, of dead-ends. He was like bitumen boiling in a vent-less barrel. His life was a cul de sac; when he got to the end he knew there was no way out. He knew it, the end. And he accepted it, its finality. Was he justified to go down that route? Was there no other option? These are questions for the moralist to pore over, not for the man who was living that life and was fed-up with the jokers life kept dealing him.

The most interesting thing about this story is not its credibility. It is the nature of the prose and the humour packed within its pages. It is also about the human condition. Besides, those who haven't seen poverty before might have a different opinion but for those who have and have lived it, this book tells their story. For nothing seems to work for the poor. When Calamatus, a name coincidentally given, came home to bury his father, all that he inherited was his father's diary, gun, and an incendiary end. In this diary was his father's intimate confessions. Calamatus came to understand his father; even loved him. For he set out to give his father a befitting burial, one deserved of a man of importance. Calamatus is rich; he is 419-rich. He would later face a series of tragedies and would go down the same route as his father.

Calama was not like his father, Meme. He was rich, regardless of the source. He earned respect and worship because of that. He did great things: purchased cars and began putting up a big house on his father's compound. Thus, it is mind-boggling to see him end the way his father did. These characters - Calama and Meme - represent two sides of the same coin. Whereas Meme was shamed by his financial impotency and the emptiness of his life's quiver, Calama was shamed by what people said, would say, thought, would think when they got to know he was physiologically impotent. Consequently, they both decided on the same end, the son's decision likely to have been influenced by the father's. Broadly, their behaviour shows how different people put different emphasis on things that affect them. Calama also provides another level of poverty. It's not just financial.

Abel is Calamatus' elder brother. He is nothing like Calamatus. He is calm, but he has his past, and even a present. He is an ex-convict working to be a writer (though he's published nothing of note). However, whereas Calama was bold and forthright, Abel was a living lie. In the present he was getting embroiled in deadly local politics. He is also the beneficiary of Calamatus' ill-acquired wealth. And, of course, its concomitant problems. Now, hunted down by politicians in Calamatus' clique he must escape his home or be killed and must also outwit the scammers (419ers) if he is not to sign his death warrant. Abel will be on the run, but will come back home to Calama's and Meme's diary and the former's stalled development. And to a man with vengeance in his heart.

Abel's life was one of repudiation. He repudiated Calama's wealth and Meme's poverty. He was carting a path but that path led nowhere, for fate is not a thing to be outwitted easily. It is like a maze puzzle, wherever you cut you end up in the same puzzle. In the end he must come home to call the tune or pay the piper. However, though he was also fatalistic, when death stared at him in the face, the effect of Calama's business, he took fate by its horn and chose life and another adventure.

Throughout the story, it was Stella, Meme's wife and Abel's and Calama's (unlikely) mother, who ended on the right side of everything. Her repudiation of Meme for her long-time boyfriend - a rich vulcaniser - worked well for her, regardless of how the moralists or purists interpret her actions. Life is basically about survival and choices. Again, all through the story, one thing was clear: the love of money transcends all else. From the 'mugu' (or investor) in the US who wants to benefit from several millions of dollars by just providing a bank accounts, to the village chief who will sell his loyalty to the highest bidder. This being the crux of the story: our loss in our attempt to gain. 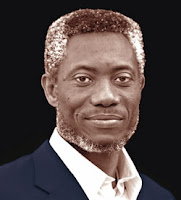 About the author: Chuma Nwokolo is a writer, advocate and publisher of African Writing. His books include Diaries of a Dead African, Memories of Stone (Poetry Collection) and Ghosts of Sani Abacha (a collection of short stories). He also has two titles in the Pacesetters series. His short story, Quarterback and Co, was anthologised in the maiden edition of African Roar anthology.