27. Praying with the Mantis, A Journey of Faith and Identity 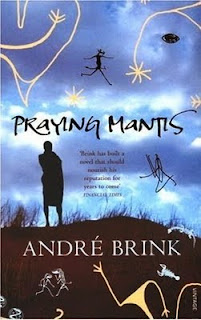 Praying Mantis is a novel about faith and identity and the need to be in tuned with one's origins. It tells the story of Cupido Cockroach and his strife to convert his heathen-folks to Christianity and to God. However, this novel is not about religion.

In the beginning Cupido was a womanizer and a good hunter. He was also a good follower and friend of Heitsi-Eibib, his god. But he got converted to Christianity, got baptised and later became an acolyte and a preacher of the Christian god.

So strong was his faith in the new god that he physically beats up everybody who refuses to convert Christianity and remains hard-hearted. At the peak of his faith, he literally chewed and swallowed. a whole bible. However, the more his faith in the Christian god grew, the poorer he became. Whilst in the service of the Lord he lost his wife, Anna vigilante, and children unexpectedly. Later he was to lose his second wife and children. His second wife deserted him when he was posted to a desolate place, Dithakong, a place where he neither speaks nor understands the language, to convert his African brothers but was neglected by the all-white Missionaries in the Cape Town. He was neither paid, nor provided for and slowly he sunk deeper into wretchedness, lost all his congregation and became one with his desolate place. So deserted did he become and stronger was his faith that after losing all his congregation he began preaching to the stones and the dying trees. This he did until in the end he was rescued by his own god (after he has written a letter to god telling him that the end has come for him) and was carried away by an Arend, as his mother had promised him when he was just a child. 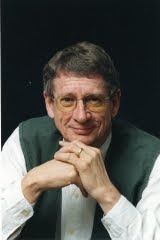 This is a novel about the lost of one's identity. Cupido, after his baptismal, considered everything about his people as heathen and vehemently stood against everything they did, including those that he loved most, the moon festivals. Yet, in the end it was the discovery of his identity, of his roots and the showing of reverence to them that saved him from his sorry state.

This novel is a well-researched novel and even though it is a work of fiction, most of the characters in the novel lived and did most of what they were described to have done in the novel. The life and times of Cupido and the numerous letters he wrote to the Mission when times became unbearable, according to the author, are 'scattered through the numerous documents of and on the London Missionary Society in South Africa'. However, 'the most detailed account of his life to date is "The Life and Times of Cupido Kakkerlak" by V.C. Malherbe'.

This novel spoke to me on different levels: identity, faith, belief and many more. It is a book I wouldn't hesitate to recommend